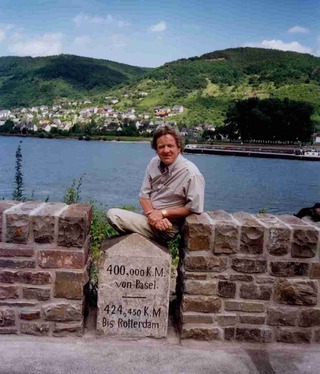 In my weekly column, cleverly titled "Root '66," for my college newspaper, I wrote short pieces. An advantage of that task was constantly wondering what to write about and continuously imagining new entries. Later, as a college professor, for several years I wrote short essays for local public radio meant to run around four minutes long once a week. Once, a potential script was so compelling that I kept composing until I needed to break it into three scripts to record and broadcast sequentially. It made me aware of my format's limitations, but I stayed with it.

I wrote about 40 scripts throughout fall and winter semesters and worked on convention papers, critical articles, or a scholarly book in the summer. The academic writing earned me tenure and promotion; few people ever commented on the broadcasts. After eight years I gave up the radio spot to work on longer, larger projects. One year I was lucky enough to follow a semester-long sabbatical in spring with a semester-long research fellowship in the fall and spent a lot of time on research and travel and editing projects, which led to more personal writing, especially about place.

Eventually, during my final sabbatical, I started a project exploring a comparison of the Rhine and Hudson Rivers across both history and literature, gathering abundant material. But then our lives began to change. I retired, we moved to Colorado, and I wrote a different book about place; then we moved to Wisconsin, I taught mostly remotely for a graduate program in Ohio, and I wrote essays and taught essay writing. I compiled other books, became fully retired, and started this blog, my approach reminiscent of my college column and my radio broadcasts.

My unpublished writing is largely stored on cassettes and disks and hard drives and also in travel journals and daybooks. Every so often I wonder about that rivers project. In twenty years, I've published only one short essay recounting my travels on either river. Every so often I flip through the files about the project on my laptop. The theme of the research project had been "Time and Timelessness on the Hudson and the Rhine" and I can find a prologue, an introductory chapter about timelessness, and typed copies of the journal and daybooks handwritten during my travels. Somewhere are stored envelopes filled with slides of the sights we saw (but no working slide projector). The first entry in a Rivers Log on my computer is dated October 10, 2002.

I keep a lot of project logs, including a Blog Log now for entries I post or imagine posting online. I worried about how much ground I'd have to cover in the rivers book, The Endless Landscape, and hoped to discover an organic structure to build upon. I once pondered composing the book as a myriorama, a collection of countless views of the two rivers. I've been a proponent of what I call the "imagessay" (say it as if it were French), a kind of haibun-like subgenre where the prose is accompanied by an image rather than by a haiku. The log I started during my final research semester stopped in July 2003 and a second series of entries began in December 2016 with two entries that month and no further entries until April 2019. Many of the later entries—the log ends in November 2019—discuss that single essay, "The Marksburg Photo," and its publication in the Ascent Special Issue. My logs chatter a lot about the project as a whole, but the most recent entries offer little constructive contemplation.

If I look through my files and check the musing in various logs, I'd likely find references to other projects I never followed through on—notes that suggest such and such would be worth pursuing, connecting this with that would be rewarding, looking closely at something or other would be illuminating—but The Endless Landscape accumulated a mass of material and took up an amount of time and expense and energy equivalent, on a beginning level, to other projects I completed. My manuscript on the Niagara Escarpment, a project on so similar a scale, was completed, and my frustration with it only involved the time it languished unpublished. Somehow—despite its voluminous resources—somehow the rivers book can't find viable expression. I'd have to do all the background reading and notetaking and national and international travels all over again in order to discover—to recognize—what I'd need to be writing about.

I won't do it over again. I'll just try to acknowledge that not everyone finishes everything they started before they themselves end. I'll try to learn how they accepted that as they moved on to something they might finish. Someday, I might even try to delete all those files.

You have enjoyed an abundance of ideas, interests, and pursuits. (Better to have too many than too few.)