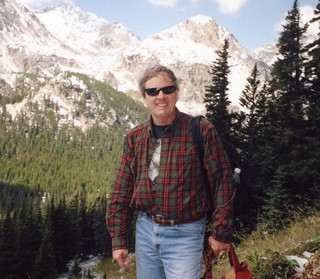 The essay "A Double Life", published in Writing on the Edge (Volume 16, Number 2, Spring 2006) was awarded the 2006 Donald M. Murray Prize for the Best Creative Nonfiction on the subject of writing.

The essay "Postscript to a Postscript to 'The Ring of Time'," published in The Pinch (Volume 29, Number 1, Spring 2009) was nominated for a Pushcart Prize and won the 2009 Kay Levin Short Award for Short Nonfiction from the Council of Wisconsin Writers.

The anthology The Island Within Us: Artists-in-Residence 1991-1998, co-edited with Jill Burkland, was the winner of the National Park Service Cooperating Association Excellence in Interpretative Media Award for Best General Book in 2002.

Recovering Ruth: A Biographer's Tale was named a 2004 Michigan Notable Book by the Library of Michigan.

To sample Bob's essays try one or more of these online publications:

"Time and Tide" at the online journal Ascent.

"Place" at the nonfiction journal Brevity