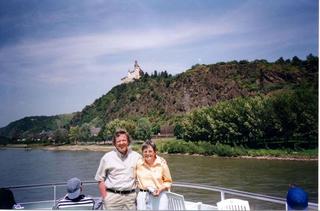 It's been a habit with me to take photographs in a sequence whenever I experience a new place—hike an unfamiliar trail, for example, or visit a forest I've never been in before. Since I often write about place, sequences of images have been a useful way to revive memories of where I've been. I take a photo at the trailhead, often with my wife in it if we're hiking together, and then record changes in the terrain or interesting features that crop up: certain trees or clusters of trees, certain rock formations, certain meadows or prairies, a bridge and a stream, a boardwalk. Later, particularly if I've decided to write about that experience, examining the photos in the order they were taken can revive my memories of being there. I not only recognize the location recorded in the photo but I can close my eyes and project an imaginary video of my progress between each pictured place. Sequencing the images lets me re-walk the walk in my imagination.

Not all projects work that way, of course. I once wrote short essays for radio, virtually composing scripts while doing whatever I was doing. I noticed the world around me as I experienced it, sometimes taking photos but mostly narrating—silently—whatever I was doing and whatever I was seeing as it happened. A nature-writer friend told me once that he needs to hike alone so that he can speak aloud as he walks and record whatever he reacts to as he notices it. His recordings also pick up background sounds of birds and breeze and the crunch of his bootsteps. It's the most immediate way to compose. My habit is to write a log or journal entry after the experience as soon as I can, just to get something in motion, on record. Writing extemporaneously—what we used to call "freewriting"—opens up your thinking in ways that impromptu speaking or formal composing can't quite achieve.

Everything I've been saying here suggests that tackling an experience in image and language is best done within a limited time frame. Nowadays, of course, I take my photos on my phone and can share the sequence with my wife as soon as I get home, but when I first began photographing scenes from a hike I had to wait until I'd taken the roll of film into my favorite developer and picked them up days later before I could react to the sequence I'd recorded. The more slowly—weeks, perhaps a month or more—I got around to getting film developed, the wider the gap between the experience and the examination of the images, the more challenging the comprehension of the sequencing became. Sometimes in the frantic pace of living my log entries were very slight and my opportunities to peruse a sequence were slim. With enough distance between experience and examination I sometimes couldn't remember what I was viewing or how I happened to record it. For a nonfictionist of place that's embarrassing as well as frustrating.

For example, nearly two decades ago I embarked on an ambitious project: to compare the Hudson and Rhine rivers in both literature and onsite journeying. It took a lot of time and a lot of travel to gather the written and visual materials for the book I hoped to write. But by the time I'd done that, the long-term press of other projects and the complications of relocation and re-employment distanced me from everything I'd collected. I never wrote that book. Lately, no longer immersed in those other (very rewarding) activities and wondering whether I could revive that project, I leafed through the material I'd accumulated. My notes and journals generally seemed insufficient and the photographs, though plentiful, seemed remote and vague.

And yet I found myself returning to one brief sequence of images. My wife and I had taken a cruise on the Rhine and predictably I'd photographed various sights along the shore and occasionally on the vessel itself. One photo showed the two of us against a shoreline background with a castle on the highest point. A picture centered on the castle itself came next and then one of a smiling man in a deck chair. The sequence brought certain moments back to memory. The castle was the Marksburg, an iconic fixture along the Rhine, and the photo of the two of us was taken by the man in the deck chair, whom we'd been talking to on the cruise. A German a few years older than me, he'd learned English from American soldiers at the end of World War II.

At first the pictures seemed to inspire simply a slight memory passage, little more than an anecdote, and my first draft was only about the image of the two of us and the solitary image of the castle. But I couldn't stop thinking about the personable German who'd taken our photo, his pleasant interaction with us two Americans, and his youthful experience with American soldiers, as my father-in-law had been at that time and in that place. The contrast between his life experiences and mine made me aware that he and I would never see the Rhine or the Marksburg in quite the same way. The sequence of images urged me to deepen my understanding of that moment in our travels, an understanding I might not have had when I was actually there but now couldn't avoid thinking about. And couldn't avoid writing about.

Note: My essay titled "The Marksburg Photo" was published online in the November 2019 issue of Ascent at https://readthebestwriting.com/the-marksburg-photo-robert-root/