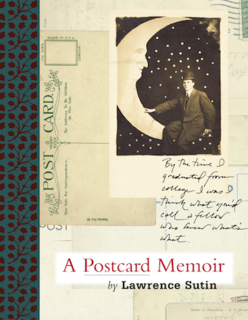 The challenge of combining visuals with text may be one of deciding whether the images illustrate the words, as a supplement, or whether the images and words are integrated and interdependent. My favorite editions of James Fenimore Cooper's The Deerslayer and Dante's The Divine Comedy have illustrations by N. C. Wyeth and Gustave Dore, respectively, but these images are merely splendid additions rather than integral elements. On the Internet, the insertion of some visual separating segments of text is commonplace. Every essay or article posted in the online journal Brevity has a photograph attached, usually by an editor rather than the author; each article on the digital version of The New Yorker also includes a relevant illustration: a photo of men kissing for an essay on sex in gay novels, a still from a film or television show for a media review. At the other end of the spectrum graphic memoirs like Alison Bechdel's Fun Home or Are You My Mother? or a work of literary journalism combining text and photography like Salt Dreams by William deBuys and Joan Meyers are works in which text and image are fully balanced and harmonious, meant to complement one another. Inevitably much else will fall on different locations along the line that stretches between these two poles.

For me, the term imagessay refers to works in which image is integral to the essay, provided or selected by the author and intimately involved in the generation or the expression of the text. As I've mentioned before, the imagessay is usually concerned with examining the response that an image prompts in the essayist. The writing of Lawrence Sutin finds a quite different source of inspiration than Judith Kitchen relied on. In A Postcard Memoir Sutin's fascination with the way certain antique postcards affected him led him to gather a collection of his own. He claims, in his introduction, that either "certain memories of mine began to seep into certain postcards" or others "challenged me to come out after them and fight like a writer." Eventually he realized "that they were egging me on through the stations of my life." Sutin's "chapters" are usually a page long, sometimes two, with an accompanying photo of a postcard. The images are always antique, usually foreign, and objectively unrelated to the author's life, except for the ways in which they inspire in him memories or personal reflections.

The cover photo shows a young man in suit and bowler hat perched on a crescent moon, its face in profile, and stars in the background; in the prose that faces that image elsewhere in the book Sutin considers himself at the age of the "Man in the Moon" on the postcard: "By the time I graduated from college I was I think what you'd call a fellow who knew what was what." The image of a woman in a theatrical riding costume identified as M'lle Bianca on a postcard labeled "Gruff auf dem Cirkus" makes him consider a short-lived crush on a fellow student named Cara; a photo of "Father Holding Baby" recalls his failure at dealing with his crying infant; a photo of the "Dinosaur Exhibit at the Century of Progress Exposition" triggers a meditation on the nature of evil. In a sense the genre-crossing hybrid nature of the book resembles an interdisciplinary version of a haibun journal, with photographs substituting for haiku—the reader continually is drawn to the image despite its apparent distance from the prose and then back to the prose from the image. Over time the circumstantial and the intimate merge, until we feel in the most compelling segments that the personal is always part of the universal and vice versa, no matter how remote from one another they might initially appear.

From our earliest days we react to what we see in the world; it takes us a while to realize that writing can help us understand what we've reacted to. The degree of intimacy or interplay between text and image might be located on a sliding scale on which a point somewhere determines where they no longer function together as an imagessay but have become either a mere illustration accompanying a text (like those random photos on blogs) or a mere prose account accompanying an image (like explanatory text below photos on blogs). In an imagessay the image and the essay are equally essential. Can you read Sutin's texts without the images? Yes, of course, but when you read them with the image facing you, you are drawn more deeply, more intimately, into the mind of the writer. You may even find images of your own emerging in response to the reading.

Footnote: The ideas in this entry and the previous one are drawn from a longer article, "Essaying the Image," in The Essay Review Issue #2 (Fall 2014) 95-106. A Postcard Memoir by Lawrence Sutin was published by Graywolf Press in 2000.