The Way of the Essayist 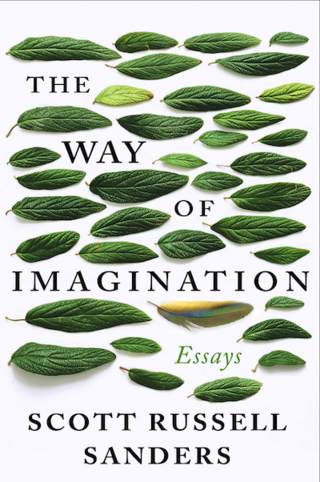 I've been collecting the nonfiction of Scott Russell Sanders for over thirty years now. At the Bread Loaf Writers Conference in Vermont, the last writing workshop I attended as a student, I sat with him at lunch a couple of times. I remember he insisted that "nonfiction" or "non-fiction" was not a useful term for what he wrote, since it only identified what his writing wasn't—it was not fiction. He pointed out that it was also non-poetry, non-play, non-article.

Sanders' intimate, open essay "The Inheritance of Tools" in Best American Essays 1987 introduced his writing to me and led me to his first collection, The Paradise of Bombs and Other Essays, centered on family and place in the Midwest—he lived and taught in Indiana. In an essay from Writing from the Center (1995), he wrote, "I write from within a family, a community, and a landscape, concentric rings of duty and possibility. I refuse to separate my search for a way of writing from my search for a way of living." I liked the idea of what he termed "a literature of inhabitation." I'd grown up and attended college in western New York, earned graduate degrees in Iowa, and taught for decades at a university in Michigan. Sanders and I were, in a sense, coming to our writing from similar places. His collections like Staying Put: Making a Home in a Restless World (1993) and Writing from the Center encouraged me not to be one of the "nomads who write about no place at all" but to be among the writers who "have settled down and rooted their art in a chosen place . . ."

Recently, with the release of his most recent collection, The Way of Imagination, Sanders was interviewed online about his writing. He explained that, instead of "nonfiction," he prefers specific terms for what he writes: essays, personal narratives, memoirs. Over time he has become, increasingly, an investigator of ethical and moral issues centered on daily living, the focus of books like The Force of Spirit (2000), and A Private History of Awe (2006). I particularly admired Hunting for Hope: A Father's Journeys (1998), which alternates chapters about his relationship with his son with his efforts to find reasons for hope in a world that his son thinks has made his father desolate. In the interview Sanders claims, in regard to the calamitous state we have recently been living in, "I'm not optimistic, but I am hopeful." He believes in "the human capacity to change, to learn" and it's the reason he keeps writing essays.

Referring to Montaigne, Sanders explains that the word "essay" comes from a French word "meaning to test or to try." In his own writing process, "an essay almost always starts with a question, a question I don't know the answer to or at least I don't have a satisfactory answer for. And the essay is my way of trying to come to a better understanding of the thing that puzzles me or moves me or bewilders me." He thinks that an essay, at least as he writes one, "doesn't start by knowing what you want to end up saying—it's a quest to figure out something or at least to gain greater insight into something. [. . .] And when I'm writing a piece and I feel a sense of discovery, I know the essay is alive."

I'm one of the readers of Scott Russell Sanders' essays who has often discovered how alive his essays are. In the very first pages of The Way of Imagination I was aware that I was reading perhaps his most profound and observant collection. Even before I finished reading it, I volunteered to review it for River Teeth because I wanted to urge everyone to read it. It's a very vital volume.